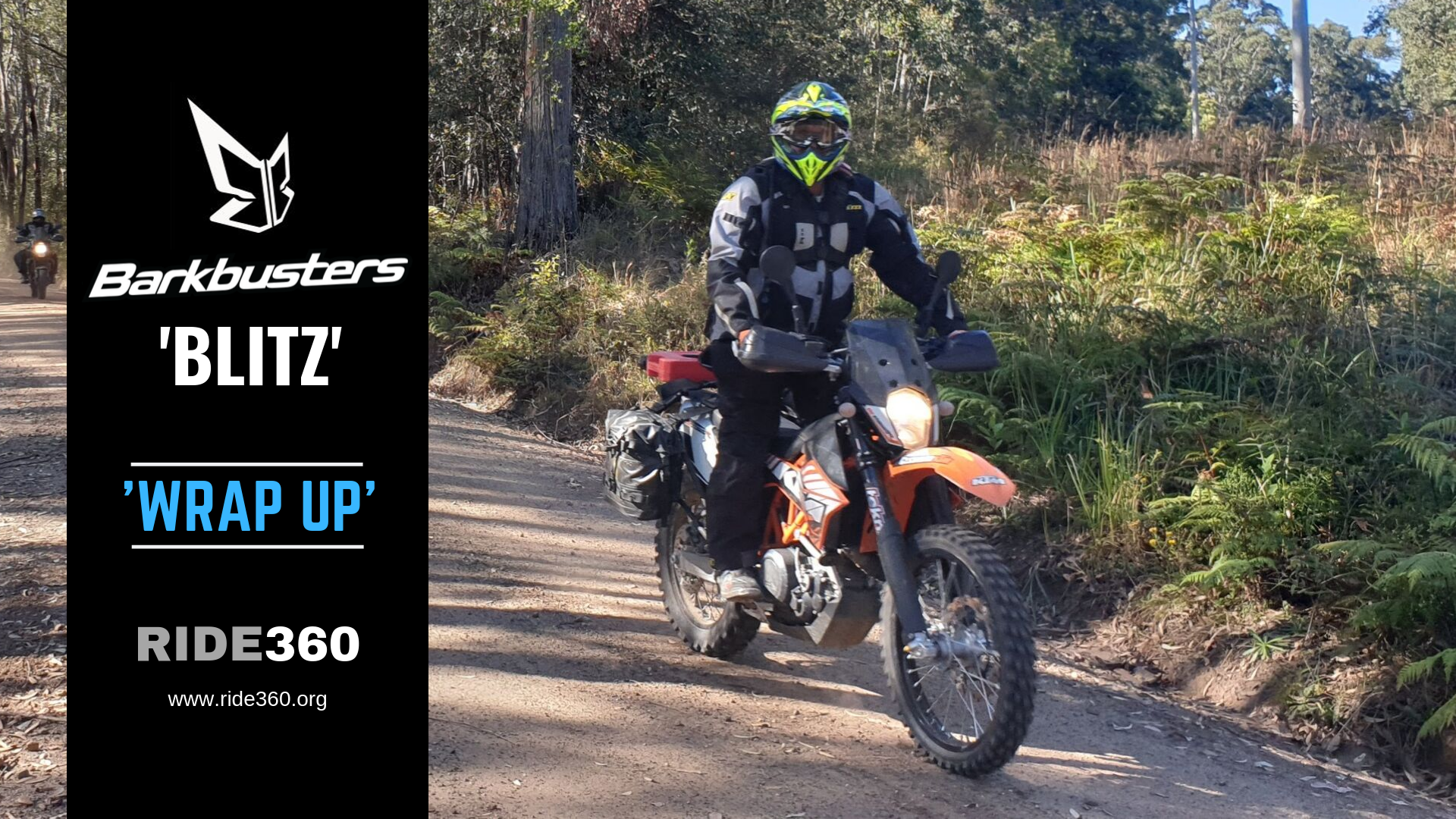 The 5th Barkbusters BLITZ kicked off from Nowra Motorcycles, and what a great start, with Josh and his team putting on breakfast for us with B&E rolls and coffee while everyone got to know each other. Josh also added a $100 Gift voucher to the prize draws for the day.

Each ride in the series has had a great mix of incredible locations, scenery, riders and bikes, making these navigation rides a great experience for everyone.

Great lookouts and a real mix of terrain from slippery water filled trails to extremely dusty dirt roads, there was plenty to keep the 20 strong field of riders very happy over the two days. 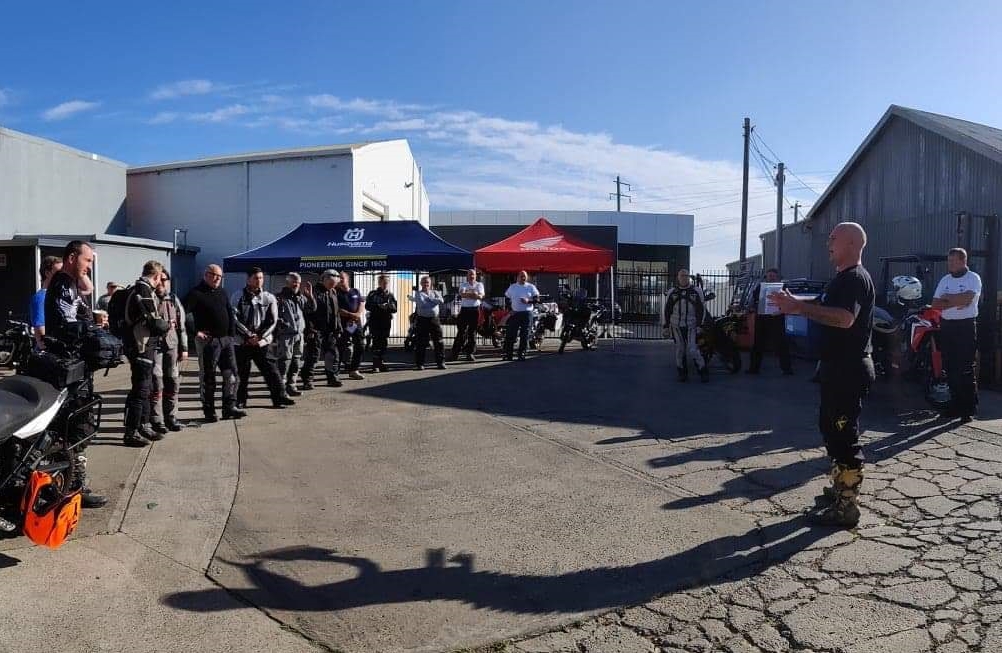 We kicked off the morning with a run along the edge of the Shoalhaven River before turning to gravel and dirt roads through the surrounding Conservation area's and National Parks.

The lookouts were perfect today, with clear blue skies and views that went forever. Only a week earlier, the trails were wet and slippery, today was different and by the 1st stop riders were already wiping dust from their eyes and removing layers from under their jackets.

Going by the tell-tales on the trails, it took around 70kms before the overshot corners started to settle. We certainly ran out of wooden spoons early on this one!

Switching from the coast to the lookouts in the ranges we took in both sides of the Princes Hwy for a diverse mix of roads and trails that had everyone smiling and even local riders were introduced to spots they didn't know about.

I was pretty keen to catch up with James on his AJP out there, but he was long gone early in the day and ultimately completing the day mostly fuss free 30 minutes before the next rider, and a 2hr gap to the final arrival.

Michael continued to build his #TeamRisi wooden spooners, recruiting Damon and Scott, and not to be outdone, Fiona (although somewhat unknowingly) became the leader of her own crew, #TheMisfits which just might have what it takes to reign in #TeamRisi for the team spoon award.

Don't worry about those fancy BMW Navigators boys, follow me!

David hit the deck hard and fast, after a quick check and realignment of his bars and makeshift strapping on his panniers, he was off blasting the trails again in no time.

And it was all going so well!

The day ended at Mogo, we checked in to the Gold Rush Colony and after a well deserved shower the bus took us into town for dinner and of course, awards and prizes.

T Racer did it again, an early morning start to ensure riders had a great breakfast to kick off the day and some snacks to take on the trail.

If this keeps up, we'll need to swap the support ute for a catering truck.

Groups had split early with around 3hrs between the 1st and tail end riders, although the distances aren't huge each day, Michael summed it up by saying, "this is probably the most jam packed of the rides, it was hard to get all the waypoints in this time"

The day ended at Milton Bakery, there was no end of smiles, a few tired bodies and dust red eyes, a perfect end to another fantastic BLITZ Ride.

Jane's 1200GS didn't want to play on Sunday morning, our Rocky Creek Designs jump pack sorted that out pretty fast and she was off again.

Not being lead astray by #CalvertsCrew on this ride, Squint made sure he got to the Trig. 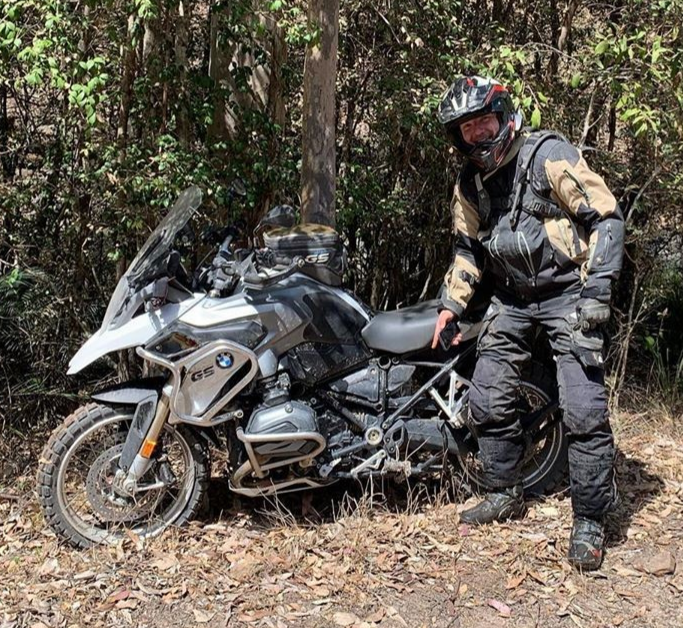 Justin was left looking for trees to park against after a sidestand failure.

Damo and Alex made sure they stopped and added more NAVIG8 motocaches to their tally.

If you get lost on any of these rides and need a guide, just follow the laughter, you'll be sure to find this pair belting along the tracks with a grin from ear to ear. 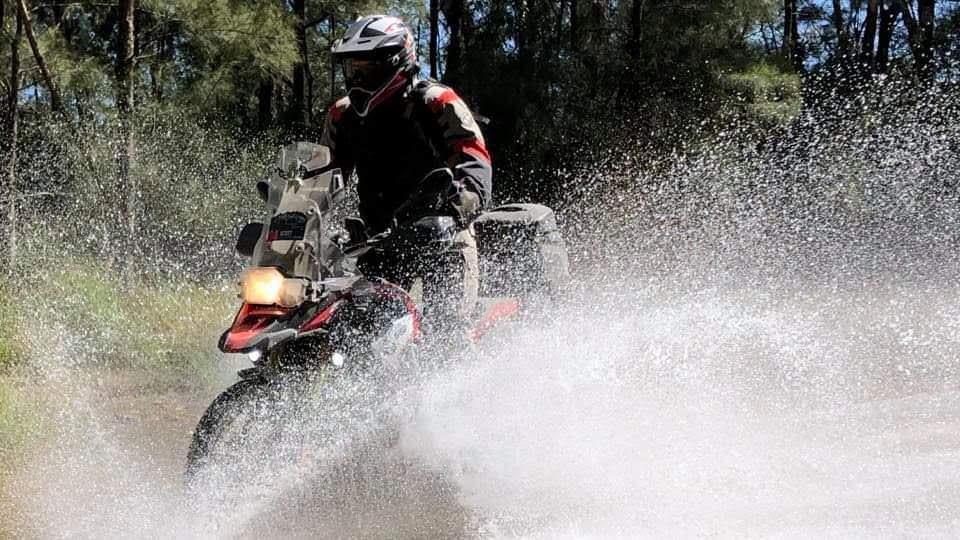 A big thankyou to Squint the sweep and T Racer for 4WD backup and the amazing catering.

We'd like to thank all the riders, Barkbusters and supporting sponsors for another great Barkbusters BLITZ.

Although not a race, there's always some great prizes and awards using our points system on the navigation rides.

Event prizes are randomly drawn, and along with custom Barkbusters Trophies, are awarded at completion of the series. 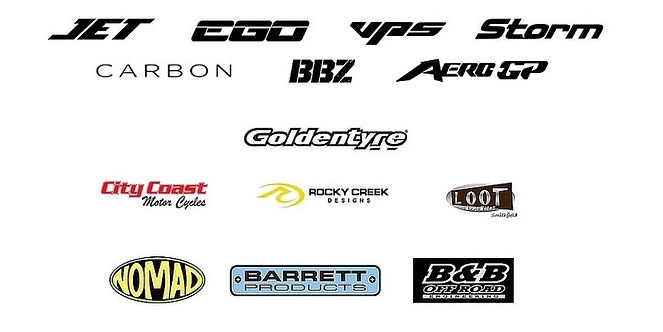 Each BLITZ Ride has limited entries and each one has sold out, subscribe to our newsletter or bookmark our event page to keep informed on future events.

If you haven't already, grab an annual NAVIG8 subscription, get discounts, free challenges and motocache downloads.

See you out there!

We look forward to seeing you on BLITZ #6, you can register here